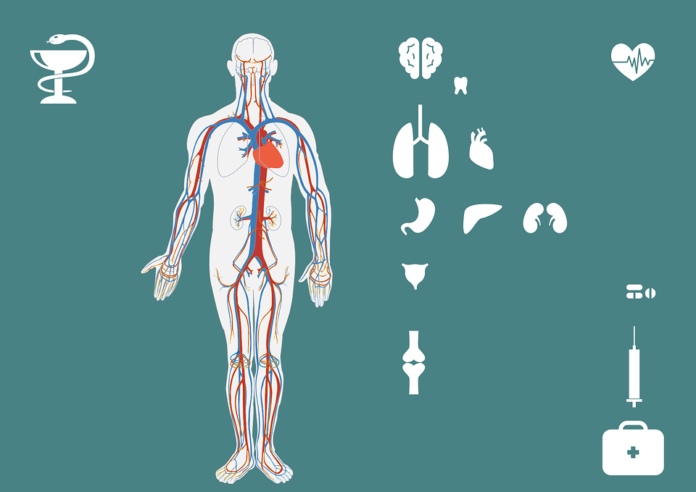 Sotagliflozin side effects are similar to drugs from the SGLT-2 class such as Jardiance, Farxiga, Invokana, and Steglatro.

SOTAGLIFOZIN (Zynquista) is a different class of medicines that act on both SGLT-1 and SGLT-2 receptors.

Unlike Jardiance and Farxiga, it does not specifically block the SGLT-2 receptors present in the kidneys.

Because of its dual action on SGLT-1 and SGLT-2 receptors, it inhibits the absorption of glucose from the intestines as well as the glucose reabsorption from the renal tubules.

Its unique SGLT-1 blocking effects are thought to have effects on blood glucose by much more sophisticated mechanisms than just by its effects on impairing glucose absorption from the intestines.

SGLT-1 inhibition may prolong the secretion of endogenous GLP-1. It also exhibits synergistic effects with DPP-IV inhibitors and may lower blood glucose by acting on multiple pathways [Ref].

Sotagliflozin has been approved by the EMA (The European Medical Agency) for use in adults with Type 1 Diabetes who have a BMI of at least 27 kg/m². Currently, its approval from FDA is pending.

Sotagliflozin is clinically indicated in adjunct with Insulin therapy for Diabetes type 1 patients.

The addition of Sotagliflozin to a subgroup of type 1 patients is aimed to better control blood glucose, reduce insulin requirements, and stop insulin-induced weight gain.

SOTAGLIFOZIN is available by the brand name of Zynquista in a dose of 200 mg oral tablets.

It is recommended in a dose of 200 mg before the first meal of the day. The dose may be increased to 400 mg once daily if the blood glucose targets are not achieved after three months provided the drug is well tolerated.

The patient should be assessed and inquired about the risk factors of DKA before commencing it.

Current recommendations are that multiple ketone levels should be taken before commencing therapy with Sotagiflozin one to two weeks before the treatment is initiated.

Also, all patient candidates for it should be educated before this therapy is taken into practical consideration.

Patients should be educated enough about the symptoms of DKA who are on this therapy.

If treatment is initiated with Sotagliflozin, the fluid deficit should be corrected to avoid volume depletion.

As Patients on Sotagliflozin are at risk for developing diabetic ketoacidosis.

Appropriate actions to be taken according to ketone levels.

Initially, the patient should be advised to take extra rapidly acting insulin and also has to increase their water intake in this case.

Patients should be encouraged to take an extra amount of carbohydrates if blood glucose levels are low or normal.

Patients are advised to check their blood glucose levels and ketone levels after 2 hours.

If levels persist patients are advised to seek medical help and have to stop the therapy.

Patients are advised to immediately seek a medical consult and stop taking medication.

Ketone levels should be repeated after 2 hours for any changes.

Ask the patient to seek an early medical consult in the emergency dept.

In cases of missed doses

If a dose is missed it should be taken as soon as possible.

Never take the double dosage on the same day.

Elderly patients may be given Sotagliflozin with caution because of poor renal reserves and rapid volume loss.

Its use in those who are older than 65 years of age is not recommended.

All patients should have their kidney functions checked before initiating and during Sotagliflozin treatment.

In patients with an eGFR of 60 ml/minute or less, treatment with Sotagliflozin should be avoided.

If the patient has already been started on treatment, continue until the GFR falls to less than 45 ml/minute.

Its use in patients with advanced kidney disease and ESRD is not recommended.

There is no requirement for dose adjustment in mild hepatic impairment or Child Class A liver disease.

In moderate or severe hepatic impairment, it has not been studied and should best be avoided.

Sotagliflozin has not been studied in children younger than 18 years of age. It is not yet recommended in these patients.

Sotagliflozin Side effects and Contraindications:

Sotagliflozin’s side effects and contraindications are almost similar to SGLT-2 inhibitors like Empagliflozin, Dapagliflozin, Canagliflozin, and Ertugliflozin.

Sotagliflozin is not recommended in patients who are at high risk for developing DKA.

Which patients are at risk of developing DKA?

The following groups of patients are at an increased risk of developing DKA and should be using the drug with extreme caution:

Who can be prescribed Sotagliflozin:

This therapy is recommended for patients who have easy access to perform ketone bodies.

What are the clinical signs of DKA?

These condition signs can vary and mimic a lot of other gastrointestinal problems. So all patients on this therapy should be properly educated to avoid delayed presentation.

How to avoid DKA while on Sotagliflozin?

In the initial days of this therapy, ketone bodies should be regularly monitored for the initial 1 to 2 weeks.

Latter can be adjusted according to the patient.

Renal impairment has been documented in patients after initiation of Sotagliflozin

How to prevent renal impairment?

All drugs that are associated with kidney injury should be avoided taking in conjunction with it.

All patients on this therapy should have yearly monitoring of renal functions.

All who have GFR <60ml/min.1.73m2 should have at least 2 4 times renal functions checked per year

This drug inhibits SGLT2 receptors because of which there is an increased amount of urinary loss of glucose. Because of t, it pulls out more free water leading to osmotic diuresis. leading to volume contraction. Leading to hypotension.

All patients who are taking drugs that work on Sglt2 receptors for glycemic control shall be encouraged to take more free water.

In conditions leading to volume, depletion shall be advised to stop taking Sotagliflozin and correct volume deficit before commencing again.

Glucose I a good medium for bacterial and fungal growth. As these drugs have the least excessive glucose loss. Bec of which increased fungal infections are seen in patients receiving SGT2 receptors antagonists

How to avoid genital mycotic infections:

These complications are best avoided by maintaining good hygiene and use of sanitary pads instead of clothes.

Because of increased glucosuria repeated urinary tract infections are seen.

How to avoid UTIs:

Encourage fluid intake to have a dilution effect of glucose.

This therapy shall be avoided in patients having pyelonephritis or renal tract stones.

Cases of the lower limb have been seen in patients seen on this therapy.

How to minimize the risk of amputations?

The patient shall be properly counseled about foot care.

Ask patients to use soft shoes

This is one of the drastic complications seen in patients on Sotaglilozin. This complication was reported later after the drug was already on the market.

How to avoid Fournier’s Gangrene:

Patients shall be informed before initiating this therapy.

Signs include pain swelling, tenderness, or redness in the perineal area.

As this drug is to be taken orally there are some minor complications related to the gastrointestinal tract.