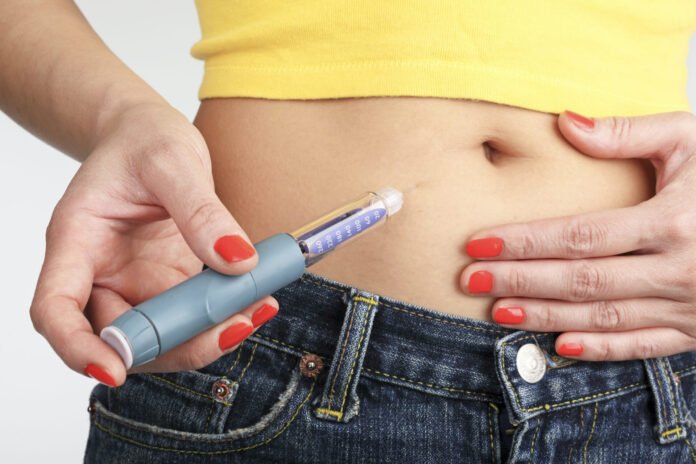 Tirzepatide Side effects may range from mild gastrointestinal side effects to serious life-threatening pancreatitis and kidney failure.

It is the first of its class drug which has recently been approved by the FDA for the treatment of diabetes mellitus type 2 in adjunct with exercise, diet, and other medications.

In clinical trials, it has been associated with significant weight loss. Its weight loss effects have surpassed Semaglutide (Wegovy) which has already been approved as a weight-loss drug. It is likely to get FDA approval soon for the treatment of obesity as well.

How does Tirzepatide work?

It is GIP (glucose insulinotropic peptide) and GLP-1(Glucagon-like peptide) receptor agonist.  Because of the dual effects on the two important incretins, GIP and GLP-1, it possesses the same properties as the GLP-1 agonists like Semaglutide, Liraglutide, and Dulaglutide.

Thus, it causes the release of insulin in a glucose-dependent mechanism. It also delays gastric emptying and impairs absorption.

Its effects on the GIP result in the secretion of glucagon. Glucagon increases blood glucose levels. However, this effect is blunted when the blood glucose is more than 100 mg/dl.

Tirzepatide has been thought to act on the Gut-brain-axis and directly suppresses satiety. This could be one of the major mechanisms underlying its weight loss effects.

How is Tirzepatide supplied?

Tirzepatide is available by the brand name Mounjaro. It is currently available in the form of injections in strengths as follows:

The treatment is usually initiated with the lowest dose and gradually titrated to the most effective and tolerable dose.

To avoid the gastrointestinal side effects of Tirzepatide and for maximum safety, it is administered subcutaneously weekly in the lowest dose for four weeks. After four weeks, the dose is then increased.

Currently, it is only approved for the treatment of Diabetes Mellitus Type 2 only. It should not be used to treat patients with diabetes mellitus type 1.

In addition, it has not been studied in patients who have a history of pancreatitis.

Tirzepatide Side effects and Contraindications:

Like all other medications, and like the GLP-1 analogs (Semaglutide, Liraglutide, Dulaglutide, etc), it should be avoided in patients who are allergic to the drug or any component of its formulation.

Systemic allergic reactions may include:

Medullary thyroid cancer and MEN 2 are other contraindications to the use of Tirzepatide.

All patients with a family or a past personal history of MEN 2 or medullary thyroid cancer should avoid using Tirzepatide.

Patients should be warned of the risks of Medullary thyroid cancer when prescribing Tirzepatide (Mounjaro).

Patients must be asked to report any symptoms of recent neck swellings (thyroid or lymph node swelling), hoarseness of voice, difficulty in breathing, or difficulty in swallowing.

However, patients with a serum calcitonin level that exceeds 50 ng/L should undergo investigations including imaging and FNAC or biopsy of the neck swelling.

In addition, patients with a family history of MEN-2 syndrome should avoid Tirzepatide. MEN 2 syndrome has further two subtypes:

Because of the risk of Medullary thyroid cancer in patients with MEN 2, Tirzepatide is not indicated in the treatment of diabetic or obese individuals with a personal or a family history of MEN 2 syndrome.

Tirzepatide can cause Pancreatitis:

Pancreatitis is one of the dreaded side effects of Tirzepatide. In patients with a past history of pancreatitis, Tirzepatide has not been studied and should not be used.

When initiating treatment, patients must be asked to inform any symptoms that might suggest pancreatitis, such as:

Patients with severe pancreatitis or hemorrhagic pancreatitis may rapidly deteriorate. Such patients should be immediately admitted to an intensive care unit.

Treatment in the form of broad-spectrum antibiotics, intravenous fluids, enteral or parenteral nutrition, and pain medications should be administered.

How to prevent pancreatitis?

Pancreatitis may occur without any warning. Therefore, patients should be instructed to avoid the use of concomitant medications that can cause pancreatitis such as

In addition, patients should be asked to avoid taking fatty meals which can trigger pancreatitis.

In clinical trials, out of 14 cases of pancreatitis, 13 were diagnosed in patients who were in the Tirzepatide group.

Tirzepatide does not cause hypoglycemia by itself, but when used in combination with other concomitant antidiabetic medications, it can cause significant hypoglycemia.

Patients who develop hypoglycemia may manifest as:

How to avoid hypoglycemia with Tirzepatide:

It is recommended to initiate treatment with the lowest dose of Tripezatide and then gradually titrate the dose upwards at four weeks intervals.

In addition, the dose of concomitant insulin and sulfonylureas should be reduced (as much as by half the actual dose) depending on the blood glucose levels.

Patients should be educated about the symptoms of hypoglycemia and how to manage it at home.

These may include candies, sweets, fruits, juices, and reducing the intervals between meals.

Kidney failure may occur as a result of dehydration. Tirzepatide does not seem to have a direct nephrotoxic effect.

However, patients are prone to developing nausea, vomiting, and dehydration. This can result in the kidneys shutting down suddenly. Because diabetic patients have weak kidneys, the risk of acute kidney injury as a result of slight changes in the fluid and electrolyte status can be detrimental.

How to prevent kidney failure?

Patients must be asked to take adequate amounts of fluids to avoid dehydration. Sometimes antacids, prokinetics, and drugs to treat vomiting may be used (such as metoclopramide, domperidone, and dimenhydrinate).

If a patient develops vomiting and dehydration after increasing the dose, the previous dose may be restarted. A trial of up-titrating the dose may be considered later once the patient is stable and the kidney functions have normalized.

It is imperative not to delay seeking medical advice at any time, especially if the patient has started noticing reduced urine volume.

In addition, patients with diabetes may have underlying gastroparesis and are prone to develop stomach fullness, bloating, altered bowel habits, flatulence, and abdominal cramps.

Tirzepatide use may worsen these gastrointestinal side effects since it acts primarily on the stomach and delays its motility.

Thus food in the stomach is propelled forward much slowly. Patients feel full immediately after taking a few boluses of meals, may become nauseated, bloated, and have flatulence.

Diarrhea and constipation have also been reported with Tirzepatide treatment.

How to prevent the GI side effects of Tirzepatide?

Patients may be asked to take small frequent meals. Spicy and fatty meals should be avoided. In addition, the keto diet and other unnatural forms of dietary interventions should be avoided especially during the initial treatment period.

Patients may be asked to take fiber, encourage adequate fluid intake, and may take prokinetic drugs.

Retinopathy has been associated with insulin and GLP-analogs such as Semaglutide, Liraglutide, and Dulaglutide.

Retinopathy is especially a problem if the patient has pre-existing diabetic retinopathy.

An eye examination should be performed before treatment initiation and periodically thereafter.

Gallstones and biliary colic may occur in patients treated with GLP-1 analogs or dual GLP-1 and GIP analogs such as Tirzepatide.

Signs of gallbladder disease include:

How to prevent gallbladder-related side effects:

Try to avoid bulky meals and heavy foods. Patients may require surgical intervention if they have gallstones, especially if the gallstones are causing frequent pain and stomach problems.

Other Tirzepatide Side Effects that have been commonly reported:

Most of these can be prevented with the use of prokinetics and high-fiber diets.

An increase in the heart rate and raised amylase levels have also been observed, but their clinical significance is not known.

Side effects of Semaglutide (Rybelsus, Ozempic, and Wegovy)