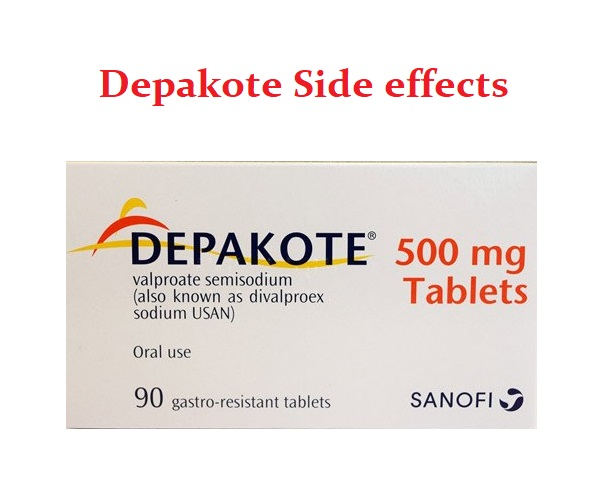 Depakote side effects range from mild to very severe. It results in liver failure, pancreatitis, anemia, and bone marrow failure.

Depakote is the brand name of Divalproex sodium or sodium valproate. It is a prescription medication that is used to treat symptoms such as mania, epilepsy, and migraine. You can use Depakote alone or in combination with other medications.

Serious side effects of Depakote are listed below:

A placebo-controlled study of adjunctive therapy to treat complex partial seizures revealed that Depakote was well tolerated. Most adverse reactions were mild to moderate. Depakote-treated patients had 6% less tolerance than those who were treated with a placebo.