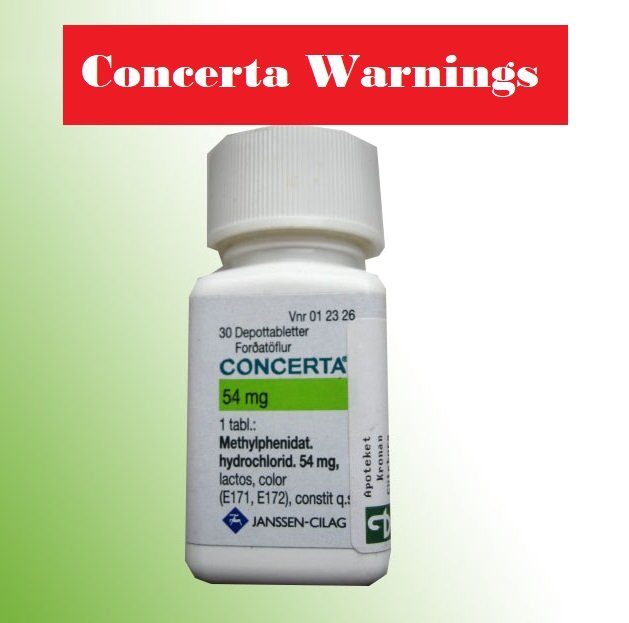 Concerta warnings and serious adverse side effects are highlighted here. Concerta is the brand name of methylphenidate. It is a stimulant drug and associated with serious side effects including sudden death

Hypertension and Other Cardiovascular Conditions 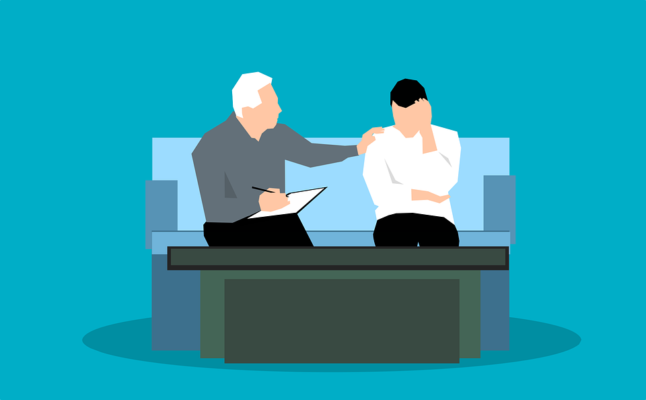 CONCERTA should not be chewed, divided, or crushed. It should be taken whole and with liquids. Do not chew, break, or crush tablets.

The medication is in a non-absorbable container that releases the drug at a controlled pace. Patients should not worry if they find a tablet-like substance in their stool.

Patients may be unable to operate potentially dangerous machinery or vehicles due to stimulants. Patients should be warned until they can be certain that CONCERTA does not adversely impact their ability to participate in these activities.

The prolonged use of Concerta has been associated with the development of liver cancers in animal studies.

It is a Pregnancy Category C drug. This means that data is insufficient to recommend or advise against its use in pregnancy. It can only be used when the benefits of treatment outweigh the risks.

It has not been proven safe to use methylphenidate during human pregnancy. There have not been any well-controlled and adequate studies on pregnant women. CONCERTA should only be used during pregnancy if the potential benefits outweigh the risk to the fetus.

Concerta use by Nursing mothers:

A single oral dose (5 mg/kg) of radiolabeled methylphenidate was administered to lactating female rats. Radioactivity (representing methylphenidate or its metabolites in milk) was detected in the animals. The levels were similar to plasma.

CONCERTA(r), which is not recommended for children younger than six years of age, should not be administered to them. Safety and efficacy have not been proven in this age group. The long-term effects of methylphenidate on children have not yet been established.

Use in older individuals

CONCERTA has not been used in patients over 65 years.